On August 2, 2017, The National Endowment for the Humanities (NEH) announced $39.3 million in grants for 245 humanities projects across the country. This round of funding will support vital research, education, and public programs in the humanities.

“NEH grants ensure that Americans around the country have the opportunity to engage with our shared cultural heritage,” said NEH Acting Chairman Jon Parrish Peede. “From traveling exhibitions and teacher workshops to efforts to preserve local history, these projects demonstrate the power of the humanities to build connections, stimulate discovery, and contribute to vibrant communities.”

One of these grants in the amount of $100,000 was awarded to the James B. Duke Memorial Library at Johnson C. Smith University (JCSU), which seeks to create a web and mobile application framework for publishing location‐based content including historical photographs, documents, and oral histories that will populate a digital interactive map. The map will document the Historic West End, a vibrant 150 year old African American community that surrounds Johnson C. Smith University and is currently faced with rising gentrification and social change. The project aims to expand the boundaries of how libraries can use mobile technology to bring visual history and users together, and will utilize a partnership between academic and public libraries, museums, government agencies, and community members that will provide a model for other small and historically black college and university libraries that seek to bring their local history alive in the digital age.

The West End area of Charlotte provides an excellent model for the humanities to study because it is the only historic black neighborhood in Charlotte that was relatively untouched by urban renewal policies in the 1960’s and 1970’s, and has largely maintained its historic character over time. Many residents of the West End have been lifelong neighbors, and their families have lived here for generations since the neighborhood’s inception. However, this is largely changing as urban development threatens this historic area. The West End includes the area of Biddleville right around JCSU, which is currently undergoing an intense period of change as Charlotte has become the fastest growing city in the United States over the last decade. Its proximity to downtown has led to rising rents and an influx of higher income white residents that are rapidly gentrifying a neighborhood that was 96% African American in 2000.

The genesis of this project was in 2014 when various cultural institutions in the Charlotte area joined together to discuss a collaboration of resources on the African American neighborhoods in the city that were held in different places. That coalition of institutions, including the Charlotte‐Mecklenburg Public Library, the history department and archives at the University of North Carolina at Charlotte, the Levine Museum of the New South, and the Charlotte Mecklenburg Planning Department, will be advisors on this project and have written letters of support pledging to share their resources as well as help expand the understanding of the West End.

The long term goals of the project are to provide a way for a new generation of students to connect with African American history in Charlotte, and to launch a series of digital maps on other neighborhoods that will create a new model of participatory community history wedded with technology. We seek to make the history of African American neighborhoods and the story of their survival and adaptation in the face of threats such as urban renewal and gentrification appealing for a new and younger generation, one that understands the world around them through their phones, devices, and social media. The ultimate goal of the project is to kick start a campaign whereby Charlotte becomes an example for other areas that wish to enhance the humanities in new ways by allowing neighborhoods to tell their own histories.

Anyone with a story to tell about the historic fabric of the West End neighborhood or that knows a relative or friend with such a story or connection is encouraged to contact JCSU Archivist Brandon Lunsford at (704) 371-6741, bdlunsford@jcsu.edu. 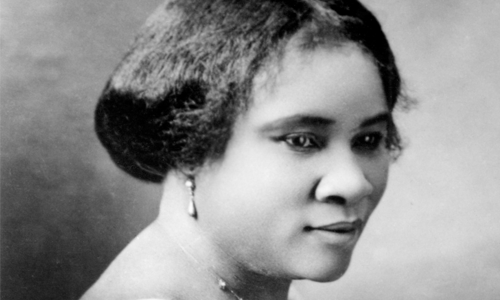 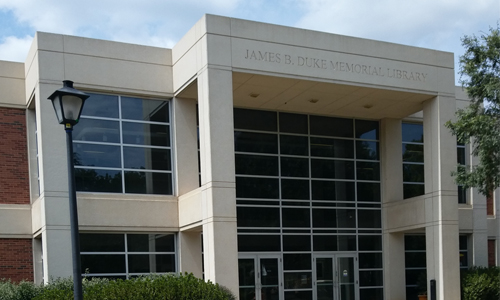